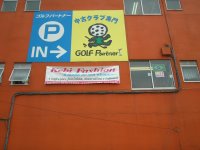 The Asia edition of Newsweek for 11 September features "multiethnic Japan"—something that also struck me during my latest visit there.

Consciously or not, ordinary citizens and government bureaucrats still cling to the notion that Japanese society is a unique, homogeneous culture. There is a conspicuous lack of public debate about how this insular country should adjust to the reality that more immigrants are coming—and that those already here are changing Japan. "The government has no [comprehensive] immigration policy," says Marutei Tsurunen. Rather, the approach is piecemeal, with different agencies issuing often contradictory regulations. Tsurenen should know. He's a former Finn turned Japanese citizen and the only naturalized member of the national Parliament, or Diet.

Travel around Japan today, and one sees foreign residents holding a wide range of jobs: there are Chinese short-order cooks, Indian software programmers, Bangladeshi used-car dealers, Brazilian textile-factory workers, Sri Lankan department-store cashiers. The overwhelming majority of the approximately 15,000 ex-foreigners who now hold Japanese citizenship are Chinese and Koreans—but increasingly one can also meet people like Kaoru Miki (formerly Colin Restall, born in the United Kingdom). "Generally people don't expect someone who looks like me to be a citizen," says Miki, 33, who makes his living translating software into English. He was naturalized this spring.

The number of foreigners in Japan has more than doubled over the past 15 years—rising from 886,000 in 1990 to over 2 million today. That amounts to 1.57 percent of the overall population—still small even by Western European standards (not to mention the United States or Canada). But that figure tells only part of the story. The rise in the foreign population is taking place against the background of Japan's demographic decline; as the population ages, native-born Japanese constitute a diminishing share of the work force. Meanwhile the number of marriages between Japanese and non-Japanese has been rising sharply. So-called international marriages made up 5.5 percent of the total in 2004 (the last year for which data are available).

The numbers also reveal a growing trend toward what one might call "genuine immigration." For many decades, the bulk of foreigners in Japan were ethnic Koreans, the vast majority of them born in the country but not automatically entitled to citizenship. In recent years, as their members have either died out or increasingly opted for naturalization, their share of the total number of foreigners has been declining. Meanwhile, so-called permanent residents—foreign-born people who have chosen to live in Japan for the long term—are steadily growing. "It shows that immigrants, not generational foreigners, are now becoming the more common permanent residents in Japan, meaning they're not going to leave," says human-rights activist Debito Arudou, a former American turned Japanese citizen. "I used to say half of the foreigners in Japan were born here. Now it's more like a quarter."

And the fundamental consequence, says Arudou, is clear: "We're going to see people who don't look Japanese being Japanese. That's undeniable." Essentially, any foreigner who has lived in Japan for five years, can prove he or she is in good financial health and has no criminal record can petition the Justice Ministry to become a citizen. In reality, the naturalization process is more complicated, and can take about 1 to 2 years to complete.

I've added a little bit of visual confirmation on Flickr, where you can search for "international Ota City" in predominantly rural Gunma Prefecture.
Posted by Joel at 9/06/2006 09:25:00 PM

Email ThisBlogThis!Share to TwitterShare to FacebookShare to Pinterest
Labels: Japan